STEM ON THE IPAD USING THE STOP MOTION APP

Inject the “A” into your STEM challenge projects with cut paper and the free app Stop Motion on the iPad.  The “A” being Art of course!  Full STEAM ahead… 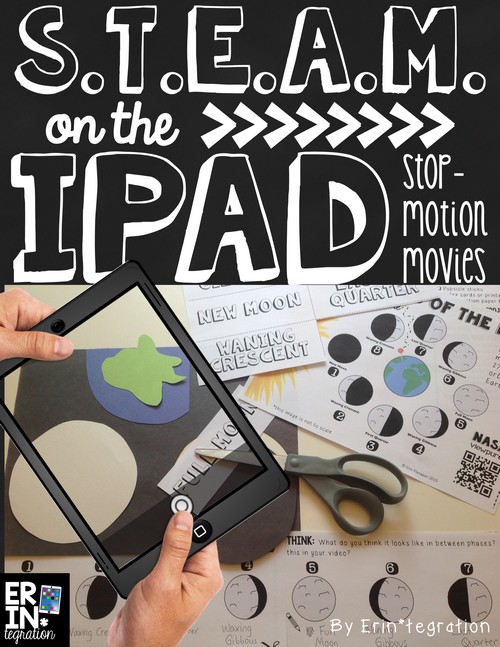 We used Stop Motion and cut paper to make moving models of the Lunar Cycle and the phases of the moon in science.  The challenge was that students were only allowed to use cut paper (you could also use Oreos for this to mimic the moon as shown in this free download) and the app Stop Motion to show all 8 lunar phases.

As with any STEM/STEAM challenge, I introduced the project, gave out the directions and supporting sheets, set up a station with materials and let the students problem solve how best to accomplish the task.  My role was to circulate around and assist as needed. 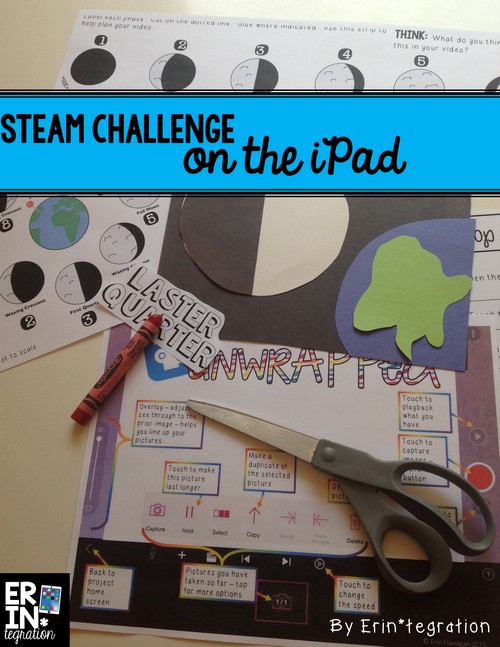 All of the pages here are reproduced from my Moon Phases unwrAPPed packet available {here}.

Students first reviewed the cycle by viewing an anchor chart and scanning a QR code to watch a simulation created by NASA.  They worked in teams to plan how to best create the various phases and how to to move the paper to show the motion. 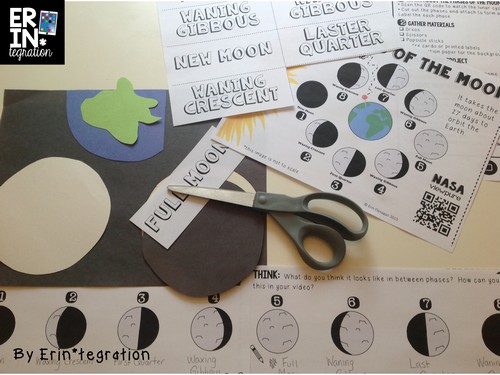 Using the directions in the packet, they were able to use Stop Motion independently.  Working with groups made it easier to hold the iPad steady above the paper model.  Two students would move the pieces bit-by-bit while one held the iPad and another snapped the pictures. 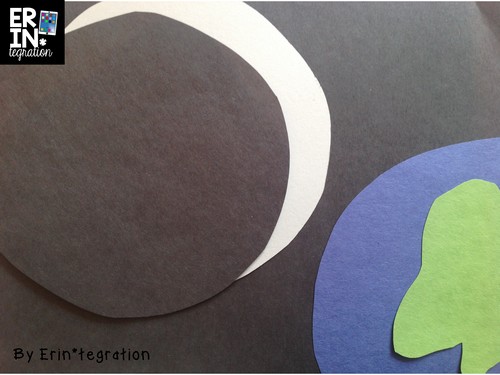 Students found that the more pictures they took, the better their finished videos would be.  The free version of Stop Motion allows for up to 100 pictures which was more than enough.  In fact, some groups had no problems creating a fluid video with just 50 photos.

There are a lot more options with the paid version of Stop Motion, but enough is included in the download for our purposes.  I made sure my direction sheets only included the necessary buttons so student would not get discouraged by the locked features. 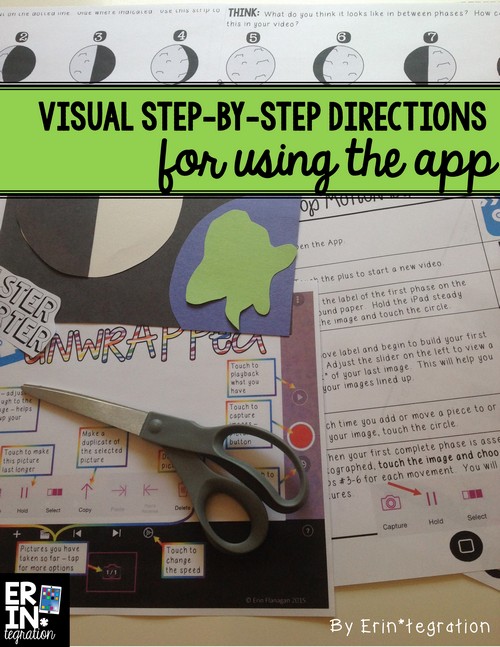 Students used the rubric to self access their work when finished.  I love self-assessments because they give students the opportunity to go back and fix anything that needs to be fixed before sharing with the class. 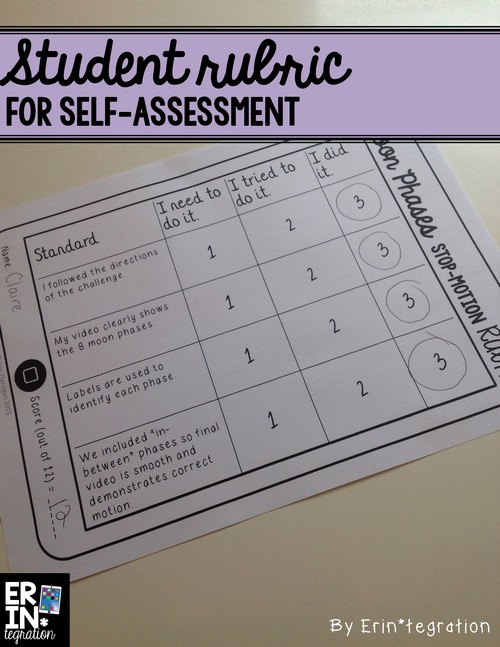 This entire activity is available {here} with additional packets for other science cycles being posted as the summer progresses.